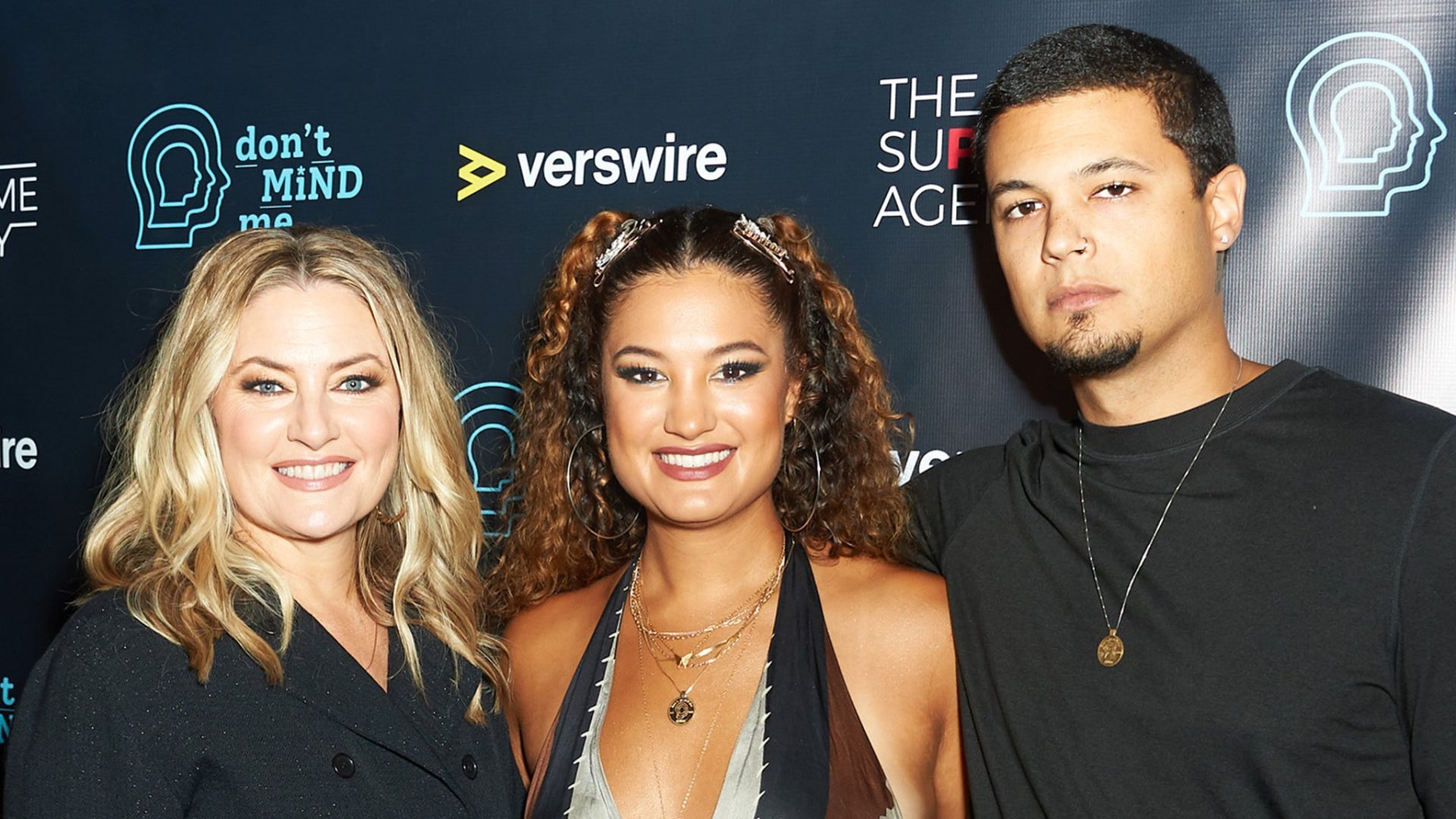 Before finding the right psychiatric help Sly’s father says there were several times they were called to the hospital to “basically say goodbye.”

Mädchen Amick is opening up about her son’s difficult struggles with his mental health.

In a new interview with People, the “Riverdale” star detailed her and her family’s journey to discovering her son Sly’s bipolar disorder diagnosis.

Amick, 52, said Sly, now, 30, “was a normal kid and got along great with teachers and coaches” growing up. However, she said things shifted when he left home to go to college at the University of California, Irvine in 2010.

The actress said Sly’s behavior changed, and he turned to drugs and alcohol following the death of a schoolmate, which he saw with his own eyes.

“There was a lot of delusional thinking,” Amick told People. “There was a lot of talk about things that just didn’t make sense, and also, he would admit things like it seemed like the phone was listening to him and the TV was watching him and very paranoid thoughts and feelings. Then just waves into mania, which would give him this larger-than-life personality.”

She said Sly’s behavior continued to worsen, and during his sophomore year, she received a phone call from her son’s roommates, who told her he left without his cell phone and wallet.

“All of a sudden, the world just got pulled out from underneath him,” recalled Amick, who shares son Sly and daughter Mina, 29, with husband David Alexis. “We got together as a family and we drove down from Los Angeles to the streets of Irvine to just try to find him. It took hours, but we finally did. He was just walking down the street just really, really out of it.”

Waiting for your permission to load the Instagram Media.

Amick said she and her husband took Sly to the hospital after Mina expressed concern for her brother. However, the “Twin Peaks” actress said that when they got to the ER, the staff “kind of looked at him like another kid doing drugs.” She said they agreed to admit him overnight. “They basically said, ‘He just seems like he’s got an addiction issue. You’re going to have to tackle that as a family.’ They discharged him a few hours later, and we took him home.”

The “Witches of East End” star explained that they realized that Sly wasn’t just suffering from addiction, and despite Sly going to treatment centers and hospitals in the few months that followed, they weren’t able to find a solution.

However, things seemingly reached a breaking point when Amick received a call from Sly, who said he believed he was dying. She said she went to Irvine where she found him in a state of psychosis, with her son also shaking on the floor after he had taken drugs.

“It was traumatic for him, for us,” Amick told People of the horrifying moment.

In 2012, the “Freddie” actress found Sly the right psychiatrist hospital, which ultimately diagnosed him with bipolar 1.

“That’s when they said, ‘This is not an addiction issue, this is a mental health issue,'” Amick recalled. “As scary as that was, it actually became a relief because now it had a name and there was some pathway to try to figure out what to do about it.”

Alexis reflected on his son’s difficult journey, saying, “There have been several times it felt like he wouldn’t make it and we were called to the hospital [for alcohol poisoning] to basically say goodbye. But he always fought to live and pulled through.”

Fortunately, after receiving treatment — including therapy and medication –, Sly had already improved by the summer of 2012, and stabilized his mood. And when her son relapsed in 2012, Amick said he was prepared to help her son get back into recovery once again.

Sly is now 19 months sober and is studying to become a Behavioral Health Technician. “I’m on the other side of things now,” he told People. “I used to be the patient and now I’m the caretaker. If I’m sober, I’m able to stay out of any sort of instability.”

Meanwhile, Amick and her family founded the “inclusive mental health foundation,” Don’t Mind Me, which aims to help everyone — no matter their financial situation — find access to care.

“As a foundation, we are starting our first scholarship program,” Amick told People of the non-profit. “We’re super proud to be able to support a treatment center that actually finally worked 10 years later.”

Millions of people around the world deal with bipolar disorder every day. Per Mayo Clinic, the mental health condition is characterized by periods of extreme emotional highs and depressive lows that can affect everything from judgment, behavior, and sleep patterns to the ability to simply think clearly.

According to Mayo Clinic, those who have bipolar 1 have experienced “at least one manic episode that may be preceded or followed by hypomanic or major depressive episodes,” with the medical journal noting that “in some cases, mania may trigger a break from reality (psychosis).”

If you or someone you know needs help with mental health text “STRENGTH” to the Crisis Text Line at 741-741 to be connected to a certified crisis counselor.

If you or someone you know is struggling with substance abuse, get help. The Substance Abuse and Mental Health Services Administration (SAMHSA) National Helpline (1-800-662-4357) provides 24/7, free, confidential support for people in distress.