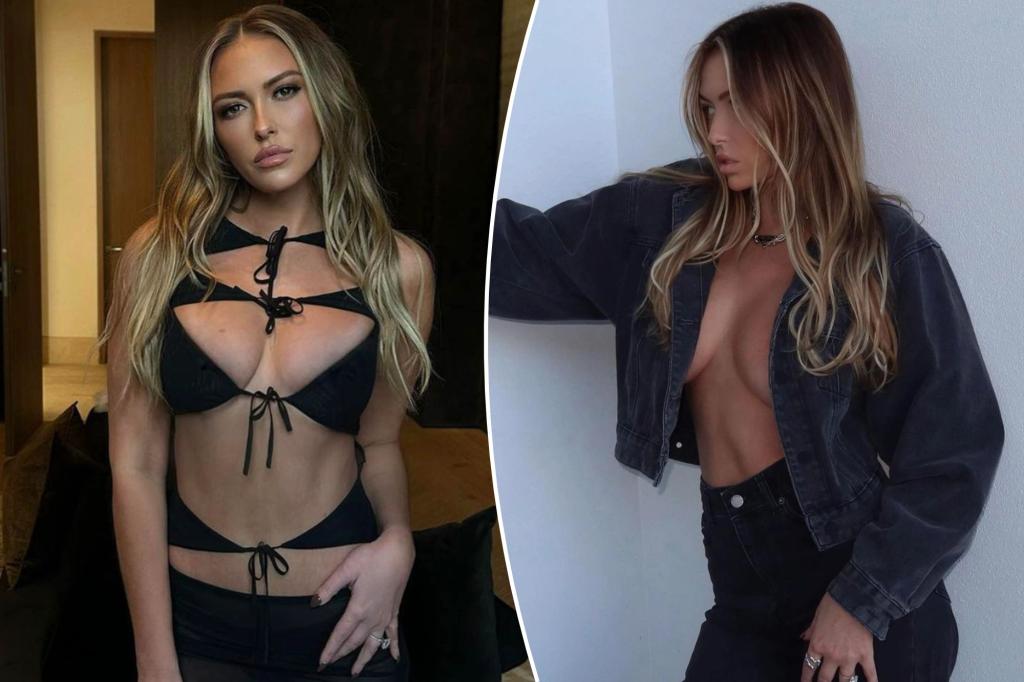 Paulina Gretzky knows how to set the internet ablaze.

Taking to Instagram on Tuesday, the daughter of hockey legend Wayne Gretzky shared a steamy snap of herself wearing high-waisted jeans and a denim jacket, sans a top underneath.

Captioning the sultry pic, “Good jeans,” Gretzky’s pals quickly reacted to the post with a flurry of fire emojis.

Ever since the new year began, Gretzky — who is married to golfer Dustin Johnson — has given fans a look at her latest fashions. Last week, the 34-year-old modeled a black bikini with a white top and matching baseball cap. She also sported a bright pink two-piece earlier in the month.

Though 2023 is just starting to heat up, Gretzky ended 2022 on a high note last month, when she celebrated her birthday with a disco-themed bash.

The party, aptly titled “Paulina’s Studio 34,” featured an intimate dinner with guests, a disco ball-shaped cake, and some rollerskating.

The past year was a memorable one for both Gretzky and Johnson, 38. In April, the couple tied the knot in a luxurious ceremony in Tennessee, where they were joined by friends and family, including sons Tatum, 8, and River, 5. A short time later, Johnson defected to the Saudi-backed LIV Golf from the PGA Tour.

Johnson, a former Masters champion, finished LIV’s inaugural season by collecting more than $35 million in winnings. He was reportedly paid around $125 million to defect to LIV.