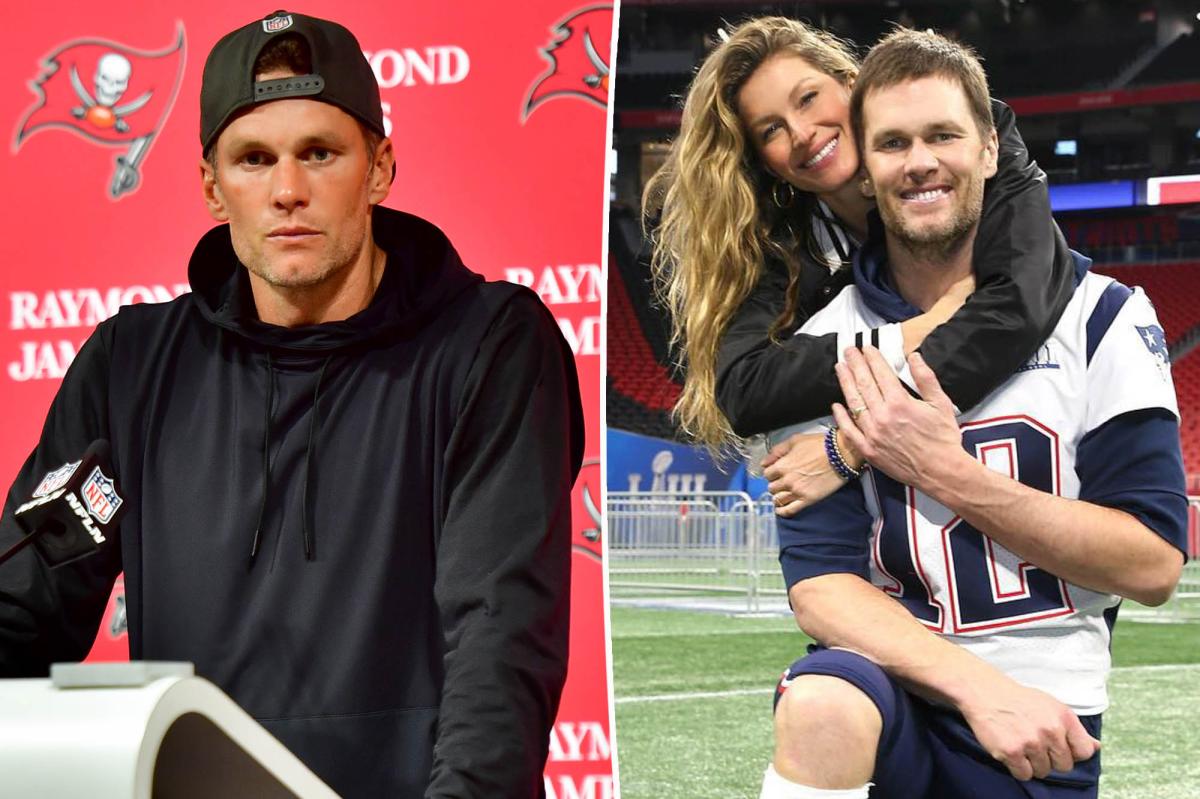 Tom Brady still has a lot of emotions to unpack as he decides what to do with his football career, which cost him his marriage to Gisele Bündchen.

During Monday’s episode of the “Let’s Go!” SiriusXM podcast, Jim Gray asked the NFL quarterback about his retirement plans after the Tampa Bay Buccaneers failed to make it to the playoffs over the weekend.

“Tom, you’re leaving everybody guessing,” Gray noted. “You said you’ll take your time. Do you have any type of a timetable as to what you might want to do regarding your football career?”

However, the famous quarterback didn’t appreciate being put on the spot and snapped at his co-host.

“If I knew what I was f—king doing, I’d have already f—king done it,” Brady fired back.

“I’m taking it a day a time,” he added, trying to fill the awkward silence with a laugh.

“I appreciate you asking,” the athlete continued after a long pause. “Thank you.”

Brady’s decision over his future comes nearly one year after Brady, 45, announced he was hanging up his cleats after 22 seasons — only to change his mind and return to the NFL 40 days later.

However, his surprising choice to unretire reportedly cost him his marriage to now ex-wife Gisele Bündchen, 42.

In September, sources told Leak Herald the quarterback and supermodel were living apart after getting into an “epic fight” over his choice to go back.

“Gisele has always been the one with the kids,” a source exclusively told us at the time. “They had agreed he would retire to focus on the family, then he changed his mind.”

The former Victoria’s Secret Angel — who shares children Benjamin, 13, and Vivian, 10, with Brady — also addressed her “concerns” about his career in an interview with Elle magazine in September. (Brady also shares son Jack with ex Bridget Moynahan.)

“This is a very violent sport, and I have my children and I would like him to be more present,” the model said, adding that she has “definitely had those conversations with [Brady] over and over again.”

On Oct. 28, the couple announced they were divorcing after being married for 13 years. They finalized the divorce that same day.