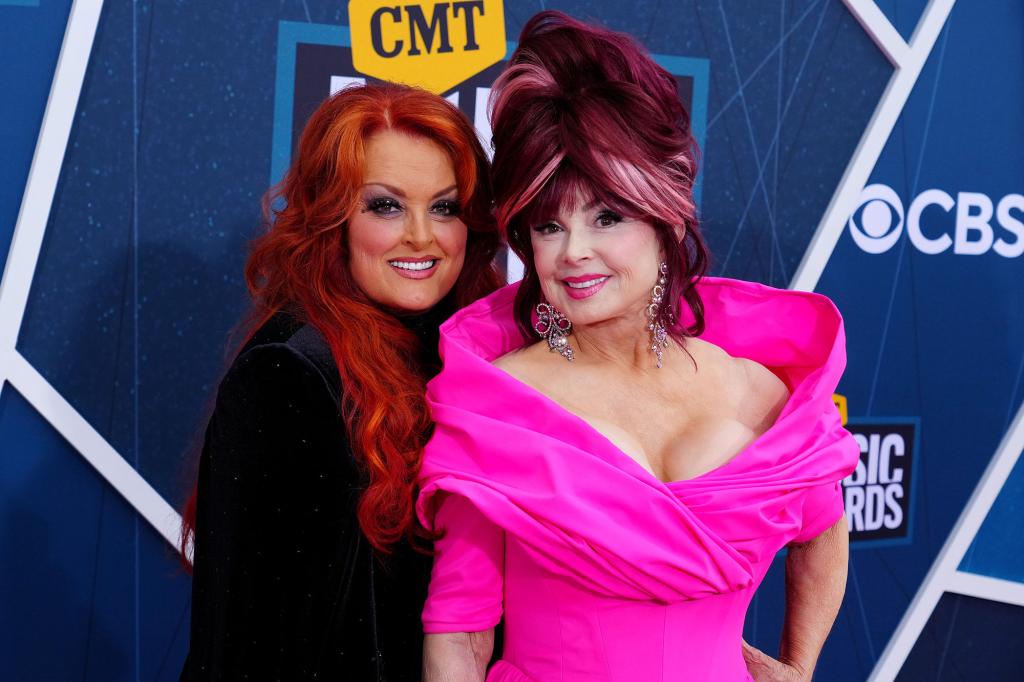 Wynonna Judd is opening up about her music career and all the moments that were shaped by her late mother.

While in Mexico for Brandi Carlile’s Girls Just Wanna Weekend festival, Judd, 58, shared that The Grateful Dead’s Bob Weir asked her to go out to dinner on her late mom Naomi Judd’s birthday.

“He has no idea that it’s my mom’s birthday,” Judd told Vulture. “My life is so weird, sometimes I almost can’t believe it. It’s like a movie I’m watching from the outside.”

It was Naomi’s first birthday since she died by suicide April 30 at 76 after a long battle with mental illness. She was born on January 11, 1946.

Grammy-winning duo the Judds, consisting of Wynonna and Naomi, had planned their final tour before Naomi’s death, and Wynonna decided to continue it without her late mother.

The Judds were set to begin their final tour — their first in a decade — just weeks after Naomi passed, and Wynonna admitted that her initial decision was not to go through with the tour.

“I was going through such hell, it felt like I couldn’t see anything. I was blinded by the sadness,” she shared.

“I went to people that I really love and trust and got counsel. These people said things like, ‘I think it’s important for you to remember that the fans are there for you. I think it’s important to remember that the music is healing,’” Judd said. “I just thought about it. Listening to my gut, my body, my mind, it felt like I could either stay stuck in this place I was in, or I could get up and move”

The singer-songwriter explained that it’s important to move your body when you’re depressed, so the tour became her “move and groove.”

Judd also shared that the Judds song that reminds her most of her mother is “Love Can Build a Bridge” since she appears on screen in a video during the performance.

During a fan-club soundcheck for the tour, Judd heard her mother by herself singing the harmony when they started to play the video before the soundcheck started, and she wasn’t prepared for it.

“Without even missing a beat, I turned around and looked at the screen and said, ‘Mom, I’ve lost 20 pounds,’” she said. “It just caught me off guard — that was a knee-jerk reaction. Like, oh, there’s my mother. ‘I’m a good girl, I promise. I’ve done my chores.’”

Judd continued: “I live in the moment, and the moments are sudden, and sometimes they kick my butt and they take my breath away. And then sometimes I just start to weep. And during that one, I just happened to whip around and say something snarky, because isn’t that what we do to our mothers?”

Another song that gets Judd when performing live is “Love Is Alive” — which she said gets the “most enthusiastic response live.”

She described how people take out their phone flashlights during the performance and it feels like “being wrapped in a blanket of white light.”

“That song elevates me to another level of existence,” Judd shared.

The song didn’t always elicit that heartwarming response, but after the pandemic and a lot of life and death, it has taken on a new meaning.

“Today, after the pandemic, after people losing their jobs and losing lives, we are in a different place than ever before. Life and death experiences bring us to another place of listening,” she said. “I’m now a grandmother. So I’m dealing with having a grandbaby, and then having my mother’s memorial.”

The song is a vulnerable and emotional one to Judd and sometimes is so heavy it ends up knocking her down.

“I’m singing a song and all of a sudden, I look down and see somebody crying in the front row, and it hits me and I start to cry, because I remember she’s not here anymore,” she said. “And all of a sudden, the song is different. I sing it differently. It’s holy in a way that has just increased over the years. I know that sounds heavy, but it’s just the way I feel about that song.”

Even though the tour is helping Judd heal and she’s trying to live in the moment, she still has a difficult time when the nights come around.

“After the show, Mom and I would sit up in the front of the bus, look out the windshield, and eat popcorn. So I tend to have a struggle with carbs at night because of her. I think about the comfort of sitting with her up in the front of the bus,” she explained. “I didn’t realize then, and of course I do now, how precious that time was. I’ll be honest, there are times when I get really sad and I miss her and it’s like, ‘Wow, I’m on this bus going down the highway, just like before.’”

Judd travels with her two dogs to help her deal with the “withdrawal” she feels after a show and to help ease the loneliness.

Judd is about to have the 40th anniversary of her career, and she is always thinking about the highs and lows of how she got here.

“My grandbaby was born ten days before my mother died. You tell me what’s goin’ on,” she said. “This is nine months after she left, and I’m still grieving, and I’m still on tour. The fans have literally wrapped me in this blanket of absolute love and adoration, and I get so dizzy I have to sit down.”

“The Judds: The Final Tour” was originally an 11-date tour that kicked off in October — but now she’s added a 13-date second leg that will kick off Jan. 26 and feature special guests such as Tanya Tucker, Little Big Town, Brandi Carlile, Martina McBride, Ashley McBryde and Kelsea Ballerini.